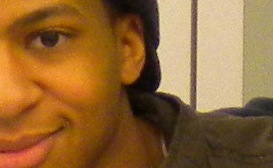 When did they stop putting toys in boxes of cereal?

Yes, it was a manipulative marketing ploy designed to increase profits – but it also increased the happiness of a whole lot of kids, myself included. I remember digging through boxes of Freakies cereal (yes, there used to be a cereal called Freakies) just to find one of the wonderful squishy rubber monsters inside. Now, years later, I have no memory of what Freakies looked or tasted like, but I absolutely remember (quite fondly) those little freaky monsters.

Because the things I have to dig for are inevitably the things that mean the most to me, I always find myself looking for what is hidden beneath the surface. It’s completely possible that I’m working through some personal issues, but I never expect to find treasures laying on the surface – and that is never more true than when it comes to stories.

Jaleel Boone, one of my former students, opened my eyes to the treasure hidden inside the 1992 film, “Aladdin.” We were discussing the movie because he mentioned that “Aladdin” was his first, favorite story. Now, to be honest, “Aladdin” isn’t a movie I think of very often and, when I do, I usually think of it as a nice love story or a better-than-decent adventure story. Jaleel, however, forced me to look at the movie in a new way. He insists that beneath the comedy, the music, and the big, blue genie, there is a hidden story. He told me, “Aladdin does something bad but he fixes it in the end. He’s not super goody-goody. He lies. He’s a flawed character. I can relate to that.” For Jaleel, the story of “Aladdin” contains a story not immediately seen on the surface. Inside the story is a story of a guy who’s made mistakes but gets a chance to correct them.

Who knew the big, blue genie was hiding a story of redemption?

Jaleel is preparing to shoot his original screenplay entitled, “Concrete.” Based on the panic created in 1938 when Orson Wells broadcast his infamous radio drama, “The War of the Worlds,” Jaleel’s film is based on the real-life events that happened in Concrete, Washington when a power outage coincidentally hit the town in the middle of the radio program.

Although I am always a sucker for highbrow sci-fi, “Concrete” is about more than wondering what people do when they think aliens are coming to kill them. Inside Jaleel’s story is the story of a relationship facing a threat more dire than monsters from outer space.

Without getting “all up in his business,” Jaleel shared with me that the relationship between his principal characters is based on a real relationship he was in. Beneath all of the obvious excitement of the film’s plot is the hidden story about a couple being crushed by the weight of societal pressures. Like a toy hidden in a box of cereal. People may come to the story for one thing, but as with any great story, they should leave with more than they anticipated.

Currently in pre-production, Jaleel plans to shoot his film in October and November of this year.  He’s scheduling his talent, finishing up his storyboards and working on the final draft of his script. “I’ve gotten so much support from everyone because everyone cares so much and wants to be invested because they like the project,” he says. “And it’s great knowing it’s going to be what I wanted it to be without cutting corners.” What he wants it to be is a film that will get into some notable film festivals and to get him into a notable film school.

Although I don’t know the end of Jaleel’s story, I’m excited to see what will happen for him and for “Concrete.” On the surface, his story looks like the typical story about a guy making a guerrilla film, but I’ve caught a glimpse of the story’s subtext. Inside that particular box of cereal is the hidden story of a guy who’s discovered his passion. And that’s a toy worth digging for.

Rodney is a storyteller who works in children's television and is an educator who works at the University of North Carolina, Charlotte and at The Light Factory, the Contemporary Museum of Photography and Film, Charlotte.
View all posts by 100strings →
This entry was posted in Profiles, Storytelling. Bookmark the permalink.